Are you an Android Dev looking to showcase (or test) your programming skills? Now’s your chance with Google’s 15th Code Jam programming contest. The prize? You can earn the reputable title of Code Jam Champion and a $15,000 cash prize. Not to mention that you’d get a huge career boost if you add that title on your CV and most likely a job offering from Google. Here’s a “behind the scenes” video of Code Jam to understand it better:

There will be several qualification rounds starting on April 6th, 2018 and the best part is that you can participate in the contest from the comfort of your home. It even allows you to code using your favorite programming language to solve their algorithmic puzzles. Here’s the sign-up form if you are interested: Code Jam Registration.

The registration form asks for quite a bit of information: 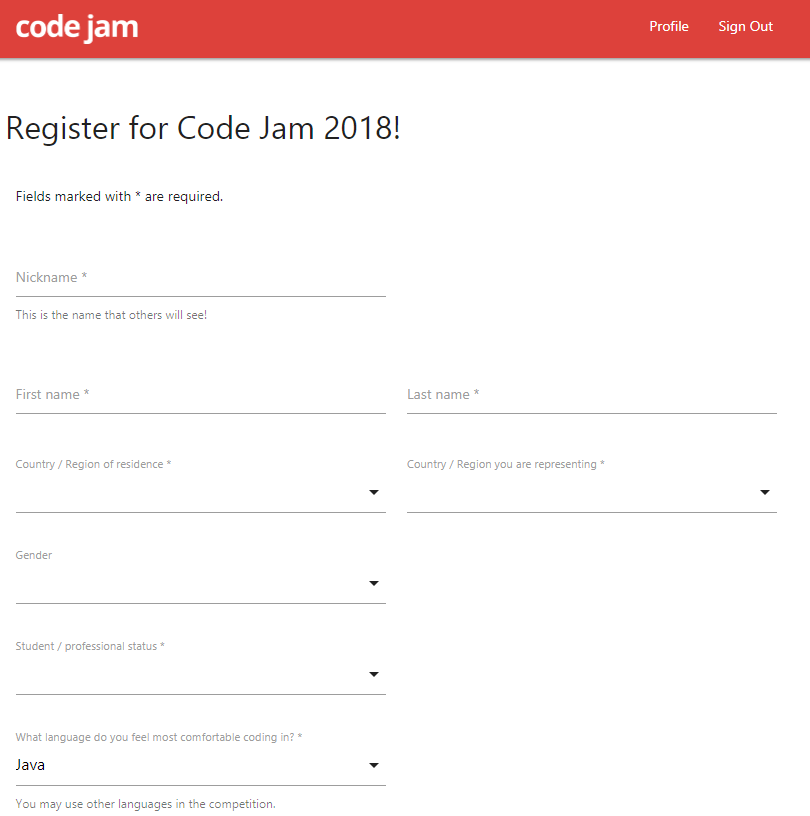 Last year they allowed submitting solutions in any programming language, but this year things have changed. For some reason PHP isn’t on the list, but the most important ones are: C, C++, C#, Java, Python, Perl and Ruby. They do have a section for Other but that is only as a suggestion for them to add new ones.

Most likely every Android dev that participates will choose Java as the programming language. The programming platform you’ll be coding into is quite advanced for a browser-based app, with server-side code evaluation and interactive problems. You can even participate in practice sessions to prepare for the contest.

Regarding the problems that will be presented, those will all be algorithmic based. The team @ Google will create these puzzles, and as a fun fact you must know that most of those creating the problems are actual Code Jam competitors from previous sessions. They work now at Google, as a stronger hint of what other prize you could get (becoming a Googler).

If you are looking to practice or to see what type of problems will there be, you can check an archive of all previous Code Jams here: https://code.google.com/codejam/past-contests

Here’s a live example of a problem, that was in last year’s Final round: 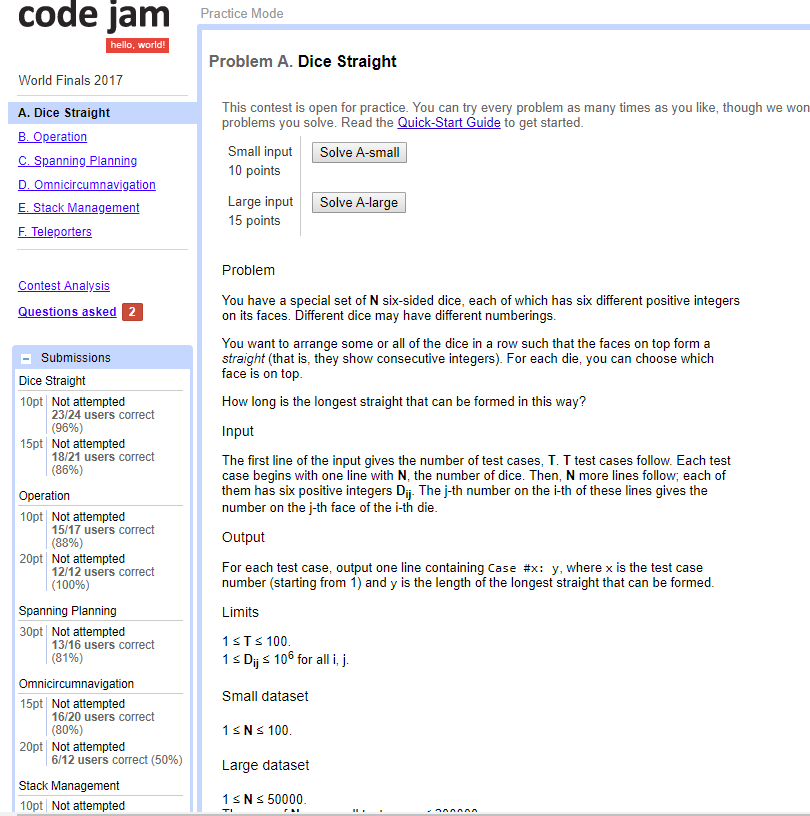 How are winners chosen?

To get to the finals you’ll need to pass the qualification round and then some other intermediary rounds. Your score for each round will be calculated based on a total number of points received and the penalty time:

As an example, if a round has 3 problems and you:

There are several prizes for Code Jam contestants and finalists: