Comrades Android devs, there’s a new promotion opportunity for your apps and especially games. I always recommend developers to have their apps localized in as many languages as possible, on the principle of The More, The Better. 99.99% of those 3 million apps listed in Google Play are available in English as well, because everyone wants to target US visitors. However that percentage decreases drastically for other languages and this means there’s room for improvement because Google Play shows different content (in listings) in other languages. Devs rely on the fact that their English listing will be shown too when for instance a Russian visitor goes to Google Play .

It’s true, an English-only app will be shown to users in Russia (if you haven’t blocked the country), but it won’t have its description localized. If it’s not localized, whenever someone from Russia does a search on Google Play for a Russian word, your app won’t be shown, or at least not . That’s a missed opportunity. My recommendation is to have your app localized in 5 other languages (aside English). One of those languages should be Russian for sure. Why? Raec (The Russian Association of Electronic Communications), a NPR organization uniting largest players in the Russian Internet industry released this report that tells us why Russia should be your next localization market: 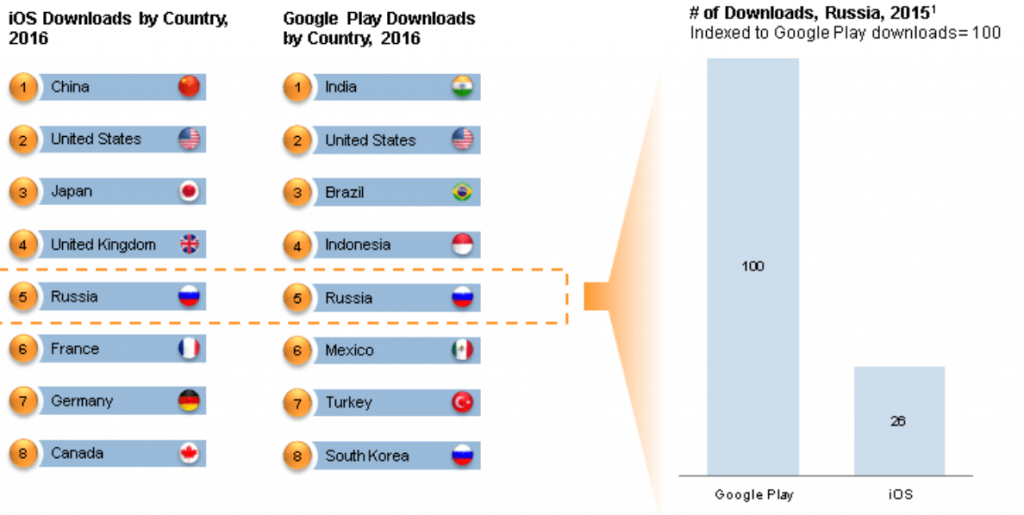 I know most devs will say that even if they have lots of downloads, revenue from an Russian users doesn’t compare to revenue from an US user. I’ll say that Russia is still the 13th largest economy in the world, so it is worth targeting, especially when a great opportunity shows up.

The opportunity I’m referring is to nominate your app for being showcased in a Google Play collection. The “Now in Russian” collection was launched in July and showcases 24 apps/games that were recently localized in this language. Yes, the requirement is to have your app localized in Russian and to have its Google Play listing & media localized.

I don’t have to explain the advantage of being showcased in a Google Play Collection, but the idea is that your app or game will have extra exposure. Google mentioned on their blog that they plan to refresh the list of apps/games showcased in this collection, and they asked for developers to submit their recently localized apps using this form. If you’re thinking that they will accept only popular apps you are wrong, they don’t mention anything about popularity on the requirements section. To be more exact, these are the requirements: 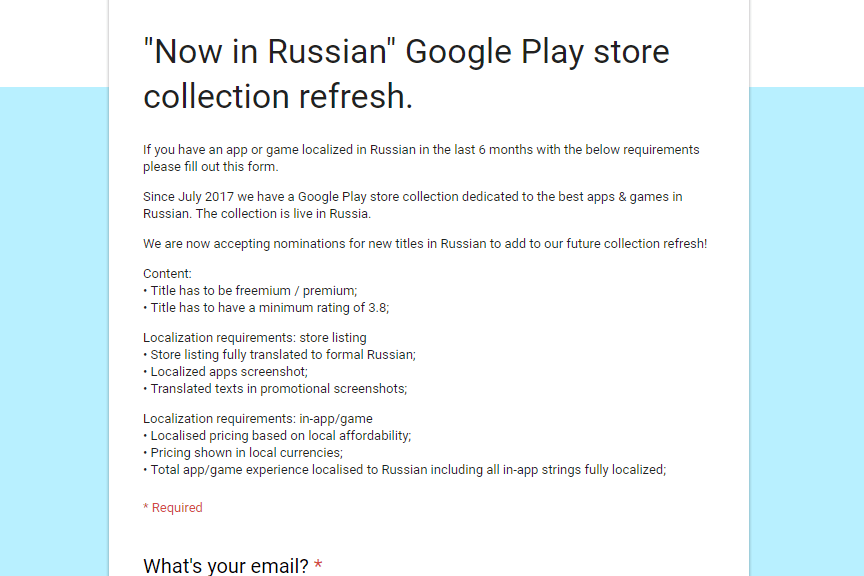 Now, since Google has some thorough recommendations on how to correctly localize an app, they will probably accept only those apps that did an exceptional job at this. A couple of things to consider when localizing your app in Russian:

To see what type of quality Google expects from an app localized in Russian, check one of those 24 lucky ones listed in the “Now in Russian” collection. Once everything is ready on your side, nominate your app for a chance at being featured in that collection. 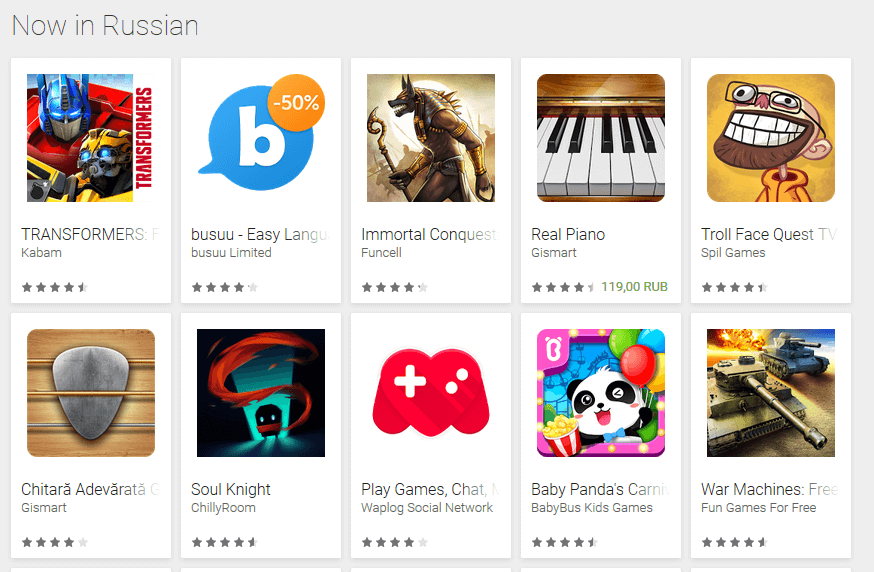 I’d say things should stop here, however my recommendation is to go further and localize your app in at least a few other languages: Brazilian, Chinese, Japanese, French, German. If you’re budget-constrained, then start with the countries that have better GDPs (i.e. France, Germany).