As of June 2017 the number of apps in Google Play surpassed 3,000,000. Yes, that’s three million apps. Incredibly though, the more apps there are, the tougher it gets to discover something original. I’m talking about games, as most of them are just recycled ideas.

Mindless tapping here, mindless tapping there, upgrade this, upgrade that – it is as if most big studios are interested only in squeezing money out of you. That’s one of the main reasons I haven’t played a game from a big Kahuna studio for a while now. 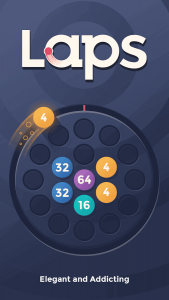 Indie devs are much more likely to come up with something original and I was happy to find a game that proves my point: Laps Fuse by QuickByte.

First glimpse of its icon made be believe that it is a game having something to do with guns/shooting, given how the main game dashboard resembles a revolver barrel. It’s circular and has empty “holes” in it. But that’s not the case, it’s actually a puzzle game that resembles a match-3 gameplay, with some bubble popping (orb popping in this case) so a sort of a hybrid gameplay that luckily brings something unique – at least I haven’t found a similar game.

The design is very appealing, a simplicity that puts the focus on the game area, while also being incredibly eye-pleasing. The colors are well chosen, not too bright, not too blend, it (luckily) lacks the usual eye-candy of bubble popping games and even if it’s 2D it gives a beautifully 3D vibe.

Gameplay sounds incredibly simple, yet you’ll have a blast trying to score high and advance. The game area consists of a circular board with 19 holes in it (Normal play mode). You control a rotating orb and everytime you tap, that colored orb will be pushed into one of the holes and a different one will take its place. If it touches at least 2 other orbs of the same color they all pop increasing your score. The orb you control orbits around the game area and each game round lasts for as long as you still have laps available – at the beginning of each game round you are assigned a certain number of laps (i.e. 12 laps). 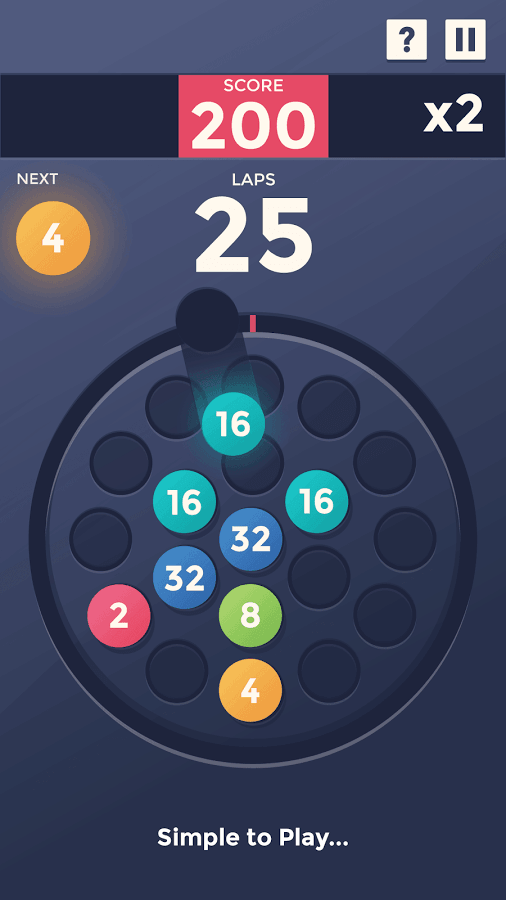 The game ends when you run out of laps or when the entire game area is filled with orbs.

You can see below my struggle to get the highest possible score, I only made it as far as 1,500 points or so:

There are 4 play modes available, Normal, Endless, Furious and Extreme. When you start out only Normal is available, but you can unlock the other play modes either with IAP or by playing and gaining experience. Because yes, in Laps Fuse you level up everytime you gain enough XP points by playing. Leveling up allows you to unlock different game modes, for instance reach level 12 to unlock Endless mode, 16 for Furious and 20 for Extreme. 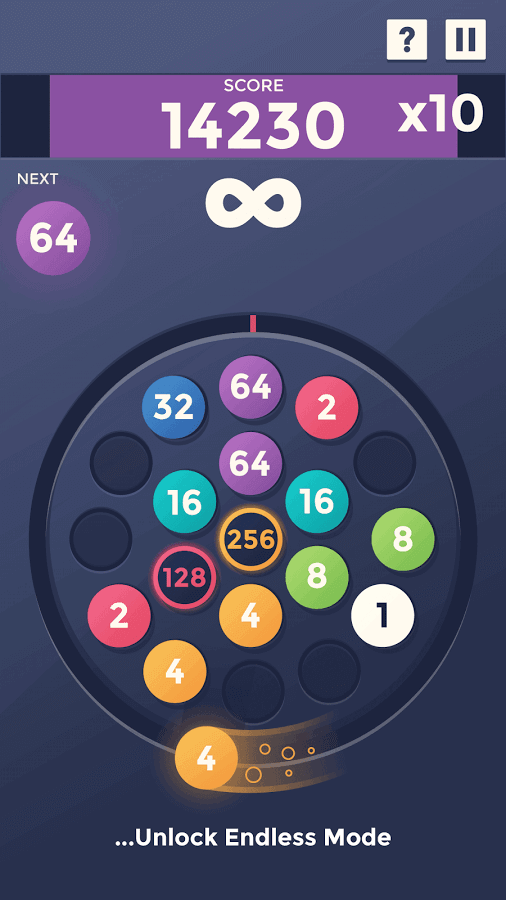 Here’s a short overview of each game play mode:

No matter the game mode you should have a strategy in place to get a high score, as simply popping orbs around won’t do it. You must try to do combos, meaning merging more than 2 rows of different orbs consecutively. This increases the score but also activates a score multiplier (shown at the top in the form of a diminishing bar) that you must KEEP ALIVE otherwise it goes back to 1 – keep alive by merging more and more orbs. You can also check the leaderboards to see how well you did for each game mode – for the Normal mode I’m proud to be within the 10% of worldwide players so beat that! 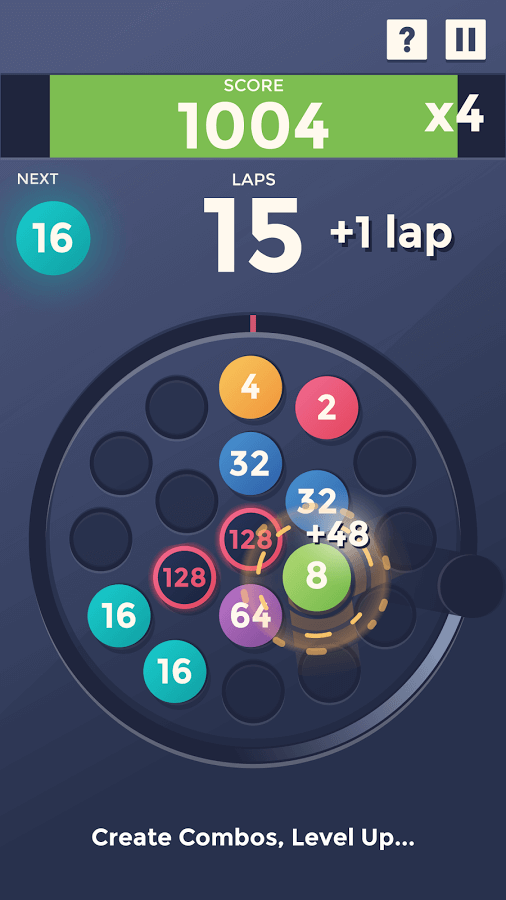 I also discovered an Easter egg in the game, if you go to the main screen and tap on the logo a couple of times (more than 10) you’ll gain 2 extra laps. Here’s a quick overview of the features that I think are really worth playing Laps for:

Less than a month after its release Laps Fuse is already surpassing the 1 million download mark (iOS + Android combined) so something tells me that I’m not alone in thinking that this is a great game. I’d even make a prediction that it’s on its route to greatness and 10 million downloads by fall.

Anyway, putting aside my prediction cap, I can truly say that Laps Fuse is that drop in a bucket full of games that’s worth playing. Give it a spin, literally, and you’ll see what I mean. Oh and be sure to share your score if it’s less than my current personal record (~1,500). If it’s more than that don’t bother posting a comment as I’ll delete it.