Out of these 3 limitations, as stated above the Title character limit of 30 characters was the most annoying. Especially since on iOS appstore you had more characters. Recently iOS limited the title to 30 characters as well but added a subtitle where devs could add keywords.

Back to Google Play, the title is the most important “real estate” part in terms of ASO. Meaning you should always have in there your most important keyword, that also describes your app. For example, say you have a word game called WordMole. Your Google Play title shouldn’t be limited only to the app name, it should also include keywords. So for the example above, this is a perfectly-fit title in terms of appstore optimization – WordMole: Mesmerizing Word Game

This title is catchy for users reading it (due to the word “mesmerizing” mainly), it briefly explains what it is about (“word game”) and is also optimized for Google Play’s search due to the keywords included in there.

So always be sure to add your main keyword in your Google Play title, if you want to stand a chance at being found on Google Play for that particular keyword. If you’re not sure how to pick the best keyword, see this article with details: Free Keyword Tools for Google Play.

However, something changed in June 2017 as Google decided to increase the Google Play title character limit. That limit is now 50 characters, enough to be quite creative and still introduce enough keywords. Here’s an example of how such a title shows in Google Play (will actually span over 2 lines):

I’m telling you, for app devs that try to optimize their appstore presence the new 50-character limit for titles is marvelous. I cannot count the number of times I had to squeeze a 50 character idea into a 30 character one. And most devs don’t know yet about this new increased limit, judging by the number of characters I’ve seen in the titles of top apps. You can read the official mention of the new limit here: Submitting an App to Google Play

One note about the new 50 character Google Play title though, in a listing view (which most users will see) only the first 17-18 characters from the title can be seen. So the ideal part would be for users to see a good app name but also try to get a glimpse of the main keyword to see what the app/game is about.

That’s why it is very important to decide early on (before releasing the app) what its name would be. If you can include a short keyword in there (i.e. “word” in “wordmole”) then that would be perfect as it will help users searching specifically for an app/game such as yours pick it faster and improve your conversion rate. Remember, the only thing they see when looking at a listing view is 18 chars from your app title, the app icon and your company name. So pay attention to details when choosing these for your Google Play product details, as they might make the difference between a good conversion rate and a bad one. 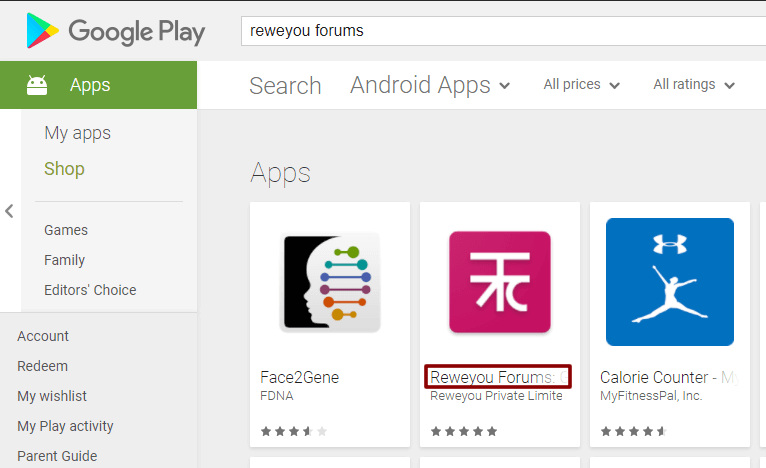 Example of how many visible characters are in a listing view for titles.

The other product details items (short description and full description) kept their existing limitations of 80 characters and 4000 respectively, but those are enough even for the most avid ASO dev.

Do you have any thoughts regarding the new Google Play title character limit increase to 50 characters? If you do, feel free to share yours in the comments below, especially if you see an increase in organic visitors to your app listing after adding more keywords to your Google Play title.