[Meet the Dev] The joy of being a new Android developer

Back to the roots

Early in 2013, after saying goodbye to my job in the sales of medical devices, I decided to go back to what I used to enjoy a lot when I was in my 20s, programming.

Of course, back then Java and Android did not exist. So I started by buying a few books and I started to learn.  It took me a couple of months to get up to speed with Java and XML and by mid 2013 I was able to publish my first app, a Live Wallpaper titled Clock of Life.  Shortly after that, knowing more stuff about Android, I published 7 games in late 2013 and 2014. As of late 2014, I have bought 15 books on XML, Java and Android.  And you know about these book right? They are more than 500 pages each! Needless to say, I did a lot of reading in the past 18 months.

I will now get to the point of what I mentioned in my title above, “joy”. I thought, wrongly so, that reading several books on the subject of Android would teach me what I needed to know to design applications similar to Angry Birds or Candy Crush. Far were my intention or capabilities to design such games but I thought I would learn about the mechanics of these games.  For examples, how to scroll a background image, how to display an explosion, how to animate a button, etc.  You get the point I am sure.  Well, after all that reading, I know almost nothing about all these fancy things. Reading about 15 books taught me about 50% of what I need to know to design the “game” I really want.

I soon discovered that I had to do research on the web and look into Stackoverflow posts to find the answers to me numerous programming problems. I was already a user of Photoshop and Audacity so generating graphics and sound effects was not my major problem. I probably did hundreds of searches in the past 12 months to be able to complete and debug the 7 games I mentioned earlier.  I also soon discovered, which was not a big surprise, that all the cool programming stuff was highly “classified” by the companies who “discovered” them first. Of course Rovio or King were not going to share with the developer world how they did the coding for the cool stuff in their games!

As 2014 comes close to an end, I continue to look for new books where new programming “tricks” can be found but they are very rare. Like I said, people who know how to code a cool feature tend not to share it.  In my opinion, this IS the sad thing about Android. I am sure Apple is the same.

So this was the not-so-cool thing about coding in Android. I now know that the books only teach the basic, you can get the intermediate stuff on the web after some serious research but the real cool and cutting edge stuff is “secret”. You have to find it by yourself…

Daniel Levesque is an Android developer with 7 published games on Google Play. This posts is written by him in a “Meet the Devs” series of articles to be published on AndroidB. If you want to share your thoughts with others just see the Write for Us page to contribute. 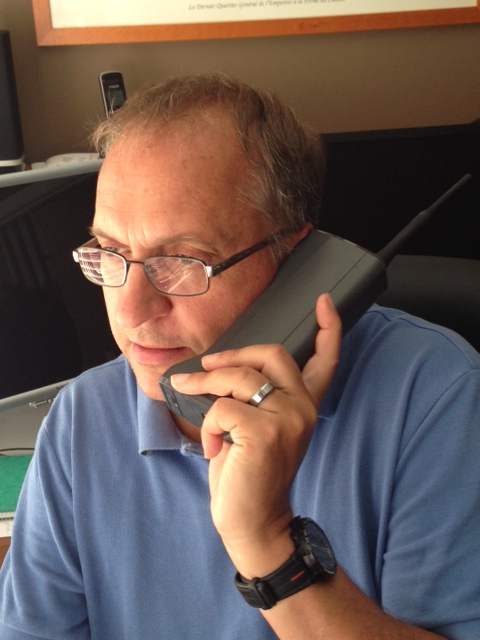 Daniel, with his “high-end smartphone”

Below is a short interview with Daniel on various topics related to Android:

Q: Why did you choose Android over iOS/Windows 8?

A: I prefer an open architecture. Android now has more devices than Apple.

Q: How long it usually takes from the initial app idea until the first public release?

Q: How do you monetize your apps? Do you think it’s difficult to make money as a developer?

A: I sell apps at $0.99 (with no ads) or use in-app billing. It is very difficult now to compete with the big studios.

Q: With hundred of thousand of apps in the Google Play store, how do you make people aware of your apps?

A: I use Twitter, AppZoom reviews, Facebook, LinkedIn and a network of friends. Still difficult though to get exposure…

Q: What has your experience been like working with Google’s Android tools (SDK, guidelines, …)?

A: Unfortunately, some updates had bugs and I had to reinstall the whole Eclipse environment.

Q: What can Android do to improve (from a technical and marketing point-of-view)?

Q: What are your favorite apps?

A: Read lots of books first, then search the web for answers to coding problems as you build your App.