Blipp, sharing precious moments one GPS location at a time

When an important event occurs our mind translates the external stimuli associated with it and stores that information to be later retrieved as memories. We nostalgically remember good memories (while trying to forget bad ones) in terms of location, time and ‘mental shots’ (our recollection of the event). Our memories define us and ‘what’ happened, ‘where’ it happened, when’ it did defines the memory itself. If your grandparents would start a story with ‘Back in the summer of ‘42 we were on the Nantucket Island …’ your parents most likely would also show you a photo or two (black and white). You on the other hand would just pull out your smartphone and show them on a map where you were plus vivid photos and video recordings. It shows how storing memories evolved as now we’re able to record the exact events that happen along with their precise location and time.

The most precise way to store location and time is by using a GPS (short for Global Positioning System), a satellite navigation system that provides to a receiver the location and time information no matter how the weather is. In fact the receiver is not necessarily to be located on Earth (though should be close to it). The GPS is one of those good things that are born from bad ones, as it was invented during the war and because of the war. The way the GPS works can be summed up like this:

A common use for GPS units is travelling as there’s no need to get a 1 square meter map to see where you’re going. With a GPS you’ll get visual and audio instructions on how to get to your destination. Most modern smartphones integrate GPS receivers for orientation purposes but also for recording memories. You can GeoTagg a photo using your GPS thus creating the most precise memory and that’s what you can do with Blipp, a newly released app for Android.

UPDATE:
As of March 2014 the Blipp location sharing app is now integrated with Twitter. Now when you add a blipp to your map you can choose to share this event via Twitter. “Blipp” your favorite burger joint and let your friends know where it is. Friends are still notified when they are close, but Twitter lets them enjoy a little sneak peek. Download Blipp for free at the Google Play store now and start sharing all your fun moments.

Blipp allows you to store and share precise memories using your smartphone’s GPS system. It was developed by Pixeostar, a company started in 2009 that went from developing Facebook apps to mobile ones. I like Blipp but even if I hadn’t my lips would’ve been sealed, as you never know who Charlie would set the new target on (the photo of the Pixeostar team below explains the reference): 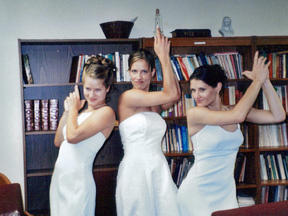 Blipp is a GPS location sharing app that provides a unique system of recording your memories on a map for your friends to discover. I struggled to find a competitor that does exactly this and failed, so kudos to them for innovating right from their first app.

So what can you use Blipp for? Well, you use it to map all your memorable moments and share them with friends. It can be the time and place where you met your future wife, where and when you got married, your last vacation, where you had the best chocolate cake ever or even where you first met your mother-in-law (joking, of course). Blipp can help you map these important moments and create your own list of landmarks to share (or not) with your close friends. One of the angels is for sure a designer as Blipp’s interface is simple yet gives you quick access to its main actions. A combination of complementary blueish/orange colors guides you visually and offers an aesthetic interface that looks good both on smaller screens or on tablets as you can see in the trailer below:

Here’s how your life’s milestones become memory landmarks with Blipp:

Blipp is a social network for memories pinpointed by their GPS location. It’s free and definitely something worth trying especially when you want to record important moments. It definitely is more personal than other apps that use location based tracking and sharing (i.e. Forsquare) as it allows you to decide which of your memories to share – it’s not an app to get pizza place recommendations nor it forces you into ‘checking in’ even when you are in bed (sic!).

I like the idea of sharing only memorable moments rather than everything, being selective with what you choose to share with the ‘future you’.
You can read more about Blipp on their official website or download it directly from Google Play: Download Blipp

We reached out to one of the co-founders of Pixeostar, Lindsy Schafer, for a short interview which you can read below:

Q: Can you share some information about yourself and the other co-founders of Pixeostar with our readers?

A: We are three sisters who have always enjoyed having fun and being creative! Growing up we made movies, created costumes, built forts and made clothes for our dolls. I think it’s only natural that we would continue to create now that we are older. It’s great to be able to sit down with an idea and see where it goes. I think we all bring different thoughts to the table, which keeps things interesting, and definitely helps out in the brainstorming sessions.

Q: How did you come with the idea to create Blipp, what inspired you?

A: I was driving back to visit my sister and I came across a historical marker sign. The actual marker was off the road that I was on, so I didn’t get to see exactly what the marker was for. I thought it would be neat if there was an app that would tell you what the markers were as you got close to them. Then after thinking about it more, it turned into an idea of people being able to make their own marks and share them with friends. The thought of coming across a friend’s blipp at any moment is exciting; you never know what you will discover! And, as a thank you to that original historical marker, we added in the feature of being able to view historical markers on your map within Blipp.

A: My original idea was over 2 years ago. I sat down and wrote it all out, did the design work and made a presentation. But I wasn’t sure where to go from there so it sat on the back burner for a while. A while later I was talking to a friend about it and she thought it sounded like a good idea, so I picked it back up and it went from there. Blipp went live on March 25, 2013.

Q: What future plans you have for Blipp (new features, improvements, …)?

A: We definitely want to make it available for iPhone. We know a lot of people use iPhones and we want to make sure people can share with all of their friends. We have a few other improvements in mind: commenting on blipps, adding video or multiple photos – stay tuned!

Q: Does your background in developing Facebook apps helped in your transit to Android development? Do you regret the decision to switch completely (the Android store is much more competitive)?

A: Our Facebook app was a photo contest creator – you’d pick your contest theme, set the timeline, choose “prizes” and then invite your friends to play. People could then vote on their favorite and then the “prizes” were awarded. I think if we learned anything it was to keep the app simple. While I still think our first app was a great way to have fun with friends, there were a lot of steps to it and it was asking a lot of people to play. Blipp is still connected with Facebook but it’s only for the sharing feature, and I like to think that Blipp is much simpler. You just touch the map and add your mark, quick and painless! I think we enjoy the mobile side of things, and we are looking forward to getting more apps out there.

Q: Are you working on developing any new apps and if so, can you share some details?

A: We are always thinking! We had a couple other thoughts bouncing around while we were developing Blipp, so we definitely would like to get those in the works too.

Q: With hundred of thousand of games in the appstore, how do you make people aware of Blipp? Does Google help new developers in any way?

A: It is pretty competitive out there; even with our app being kind of original it is hard to stand out. We just try to get our name out there with as many sites as we can. We can also be found on Twitter and Facebook. We have gotten a lot of good reviews which is very encouraging. We just hope to continue to get out there and get noticed.