UPDATE 4: Want to earn a chance to win 5000 ETN tokens? Just use the following referral code in your Electroneum Android app (tap on “Earn free coins” from the Electroneum app):
FA3DC4

You’ll get a chance to win the weekly prize of 5000 ETN tokens offered officially by the Electroneum team.

UPDATE 3: As of December 13th, 2017, the online wallets are available again and there’s a new Electroneum Android app available for download. You can join the ETN community here for more details: Electroneum Google+ Community.

The new Android app is available below, and the mobile miner is online. You can check your balance, see stats about the evolution of Electroneum on exchanges and mine for ETN:
[pb-app-box pname=’com.electroneum.mobile’ name=’Electroneum Mobile App’ theme=’light’ lang=’en’]

UPDATE: Nearly hours after publishing this the Electroneum team posted a public announcement that they will be closing the initial coin offering sooner because they reached $37 million already and don’t want to go beyond the $40 million cap. Good news for Electroneum, and here’s to a disruptive launch on November 1st. 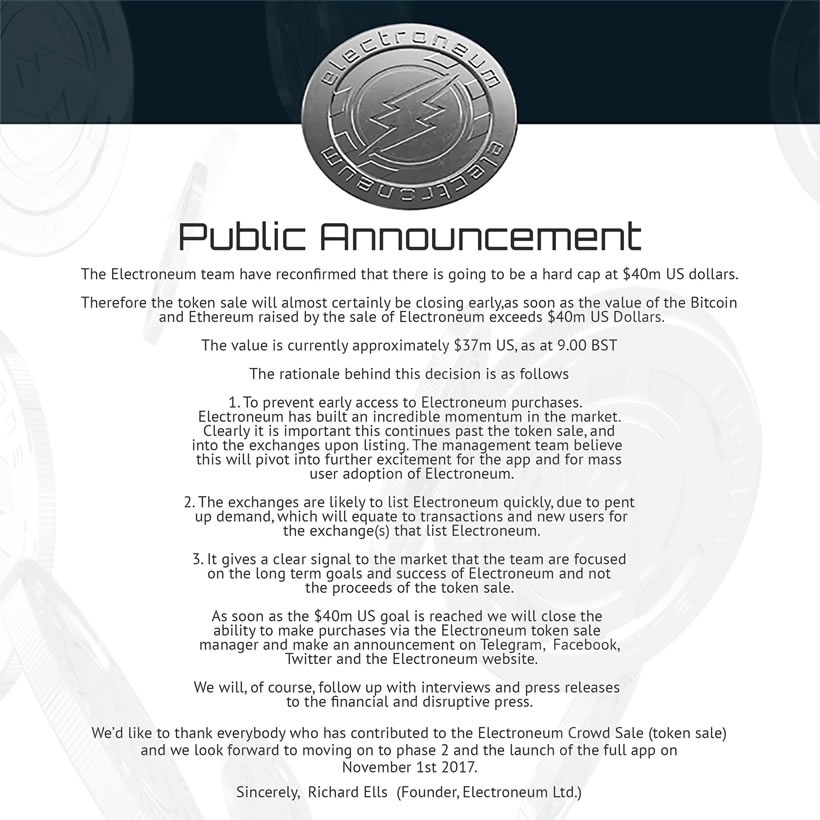 What’s the fuss about Electroneum

There are currently 1183 cryptocoins in circulation, with close to $170 billion market cap. Obviously the 10 most popular coins accrue most of that market cap, but still, there’s a plethora of coins out there. The amazing rise of Bitcoin opened the flood gates for cryptocoins and some say this is the future of banking. I say this market is too immature for now, given how 1 Bitcoin was a few cents 7 years ago and it’s now well over $5,000.

How can you trust cryptocurrencies as a solid banking solution when the price is so volatile. However, cryptocurrencies make for a great investment opportunity. Keeping money in the bank now has a very low return yearly (single digit at most), however investing in cryptocoins has the potential of a much higher ROI, with the associated risk of course. It’s the case with the newest crypto currency to join the others, Electroneum. This is currently in ICO (initial coin offering) where users buy pre-mined coins, with the official launch to follow in November.

Here’s what sparked my interest in Electroneum (as a disclosure I did buy some):

As a perspective, the return of investment for 100 new coins launched in 2016 via ICO was well over 350%. This means that if you would’ve invested $10,000 to buy into those 100 ICOs you’d have at the end of the year $35,000. Same money kept in the bank would probably earn you enough to buy a couple of pizzas for New Years. Thus I highly recommend buying a couple Electroneum coins while the price is so low, just $50 invested now might be at least double after the launch. If you plan to buy some Electroneum coins, use this referral code to get 1% bonus coins: FA3DC4 (yes, I get a small bonus too for referring you)

I did install the Electroneum app and made a short video on how it looks now as well as how the web app for Electroneum is:

After the official launch there will be gradually more features added, to the point where the Electroneum app will allow you to buy stuff by scanning QR codes or tapping a button, that while also mining for coins. Not sure how friendly the Electroneum Android miner will be with your smartphone’s battery, but it will consume some for sure. That’s why they are also preparing Windows/Mac and Linux desktop miners.

As far as the Android app goes, here are its main features: 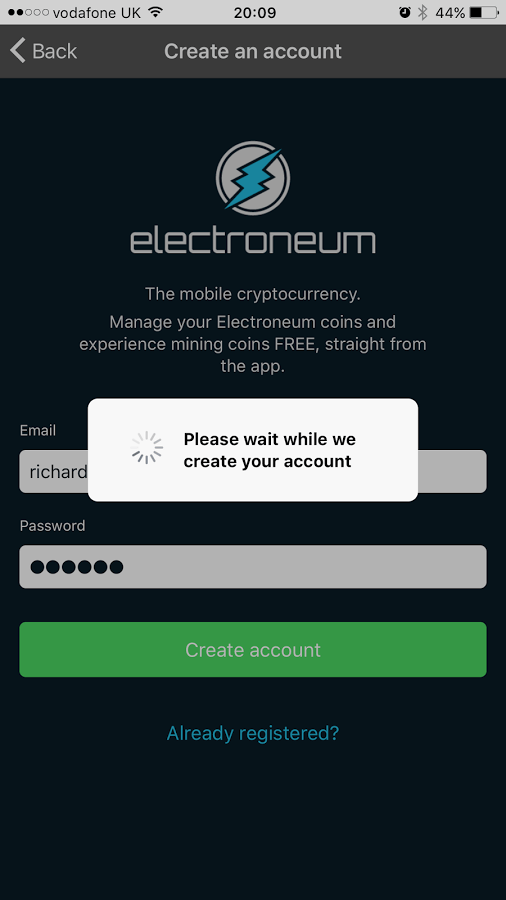 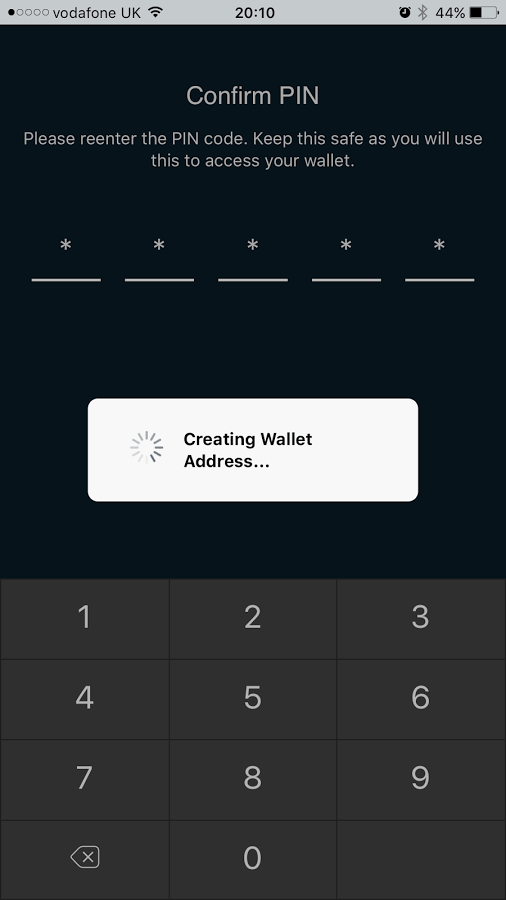 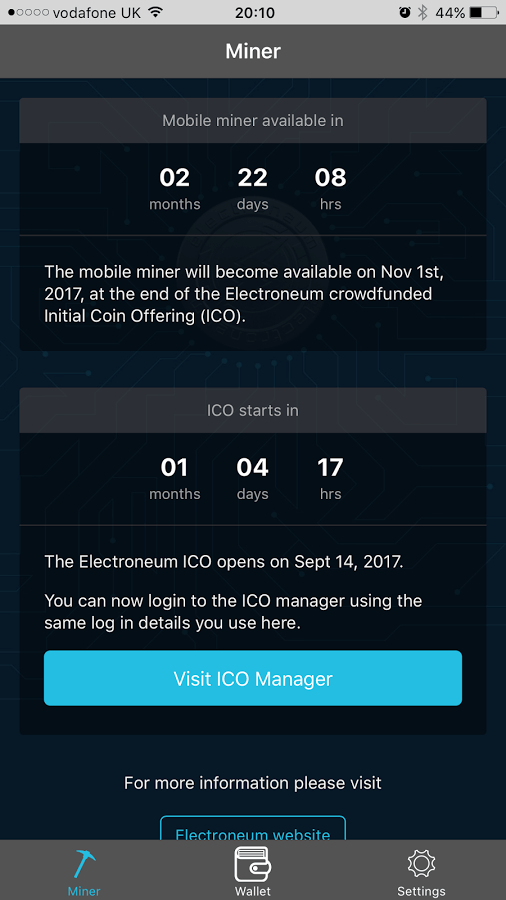 The Prediction on Electroneum

That’s about it on the Electroneum app, not too many features now but take into consideration that the coin is not even officially live yet. I’m pretty confident though that the $40 million they raised/will raise in this crowdfunded initial coin offering will provide the funds needed to make Electroneum one of the big players. For me, I see Electroneum as a Dogecoin but with a more professional background and purpose. In terms of total number of coins available, both have billions to allow easier payments/tipping. Just hope that it won’t have the same fate as Dogecoin though, since that’s pretty constant to a few pennies for years now.

If you’ve invested in Electroneum and have more to add/thoughts about the coin feel free to share your comments (even referral codes). In the meantime, eagerly waiting for the public release of Electroneum to see how much will one coin be valued at then.