There are literally thousands of websites that focus on Android related information. From news sites to those that publish apps, for an Android developer these can be a good source for marketing their apps or games. Especially of interest are the sites that focus on app reviews. If you’ve ever searched for an Android app outside of Google Play it’s impossible you haven’t visited at least one of the big Android app review sites: androidcentral.com, androidauthority.com, androidapps.com and others.

The only problem, as a dev trying to market apps, is the fierce competition given the plethora of apps currently available on Google Play (2+ million apps/games). Luckily only a handful of devs are preoccupied with marketing their apps, as most of them just release an app and let it be, maybe it “catches on”. Since most devs barely get any revenue from apps, that’s not a good approach. It is always better trying to promote your app then not promoting it at all. Sure there are voices that say submitting requests to app review sites is not worth it, but definitely it’s better to try and get your app in front of an app review sites editors than not trying at all. So my suggestion is to do the effort and try to submit app review requests to Android related websites.

Here are some tips for app review request submissions:

There are a lot more aspects to cover but you’re already bored. So, for your practice, I included below the top 10 most influential Android app review sites there are, IMHO. One review from these sites and you can feel good about yourself as it means you did release a great app.

1. Android Authority. They cover anything Android-related and they’re indeed an authority in their field. Aside for a magazine-theme that I don’t like at all, they post content quite often (several times a day) and I did see app reviews posted in there too. So there’s a good chance to get covered. They also have some promotions (paid) available for devs, so for the right budget you can try them.

If your app/game has IAP and you can create Google Play promo codes, you can suggest to them a Giveaway campaign where you give 100+ promo codes in return for being mentioned. An Alexa global rank of close to2400 is a proof that their site is popular (the lower the number, the most popular the site is).

2. Android Police. The POLICE? Yes, the Android one. While this is more a news related site than an app review one, they do have a Giveaway section and occasionally they publish lists of apps they want to highlight. A mention in a highlight post alongside 4-5 other apps is still good, even if not as good as a full featured review. Its Alexa rank is at5400 so very popular too.

3. Droid Life. I don’t know if Droids dream of electric sheep but I know that the Droid Life team dreams of Android hardware. And someone has a preference for close-up images, every post has a close-up photo of a device. You can even see the pimple’s on people photos.

They do have sections for apps, reviews, giveaways, deals, so overall a great app review opportunity. An Alexa ranking score of19,000+ it’s something very good, so definitely on the top list of app review sites to contact. 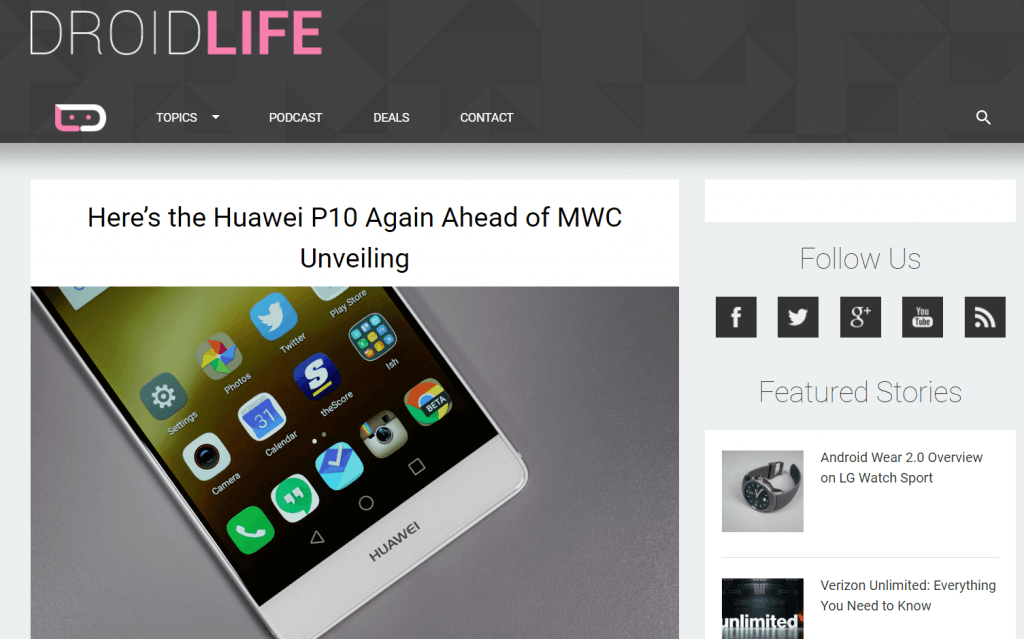 4. Phandroid. It’s a combination of phone+android, the domain name – so not something having to do with phantom. Bummer. The site is quite popular too, with a22,000+ Alexa rating. Covers a lot of hardware stuff, but also apps occasionally. Only a tiny contact form for app review requests, no special dev services.

5. AppBrain. The good part about AppBrain is that your app can be included automatically, if it wasn’t already. They have a mirrored appstore of apps (see their Hot Apps section to start with) but they’re developer-centric too.

Meaning they developed all these tools and offer services for Android app promotion. Cost per install campaigns, integration with your apps, monetization resources and the whole package. Definitely a site to check. Their Alexa rating is at25000+ which is ok, even if not as great as the top ones. 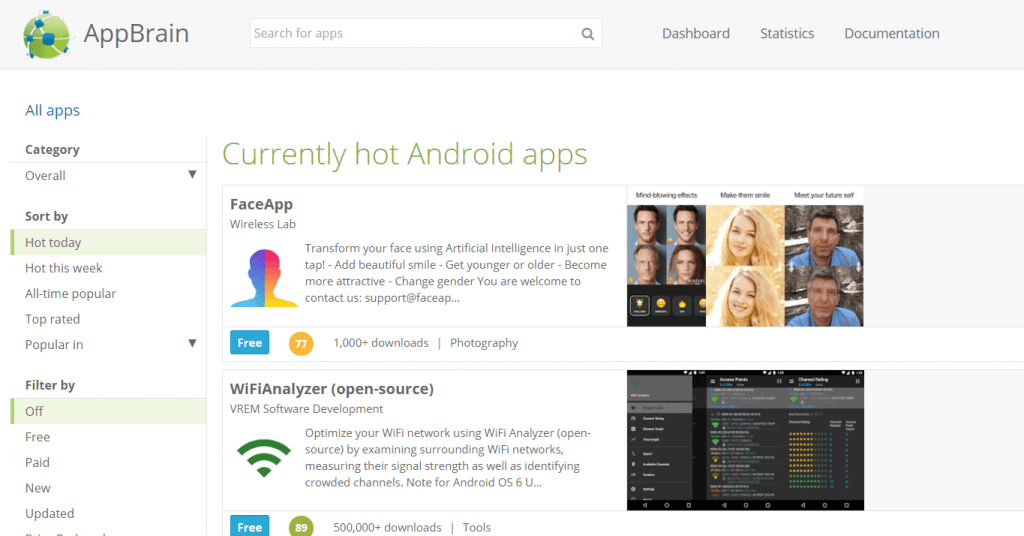 6. Android Community. They use the same magazine-like theme as Android Authority, so a -1 there. With an Alexa global rank of54,000+, it’s several times lower in terms of popularity than AA, however their social metrics are very good. Close to 1 million Facebook subscribers, a lot on G+ too and a greater chance of being featured than on Android Authority. They do cover a lot of Android devices so if your app is system related you’ve got to submit a review request (i.e. root app). 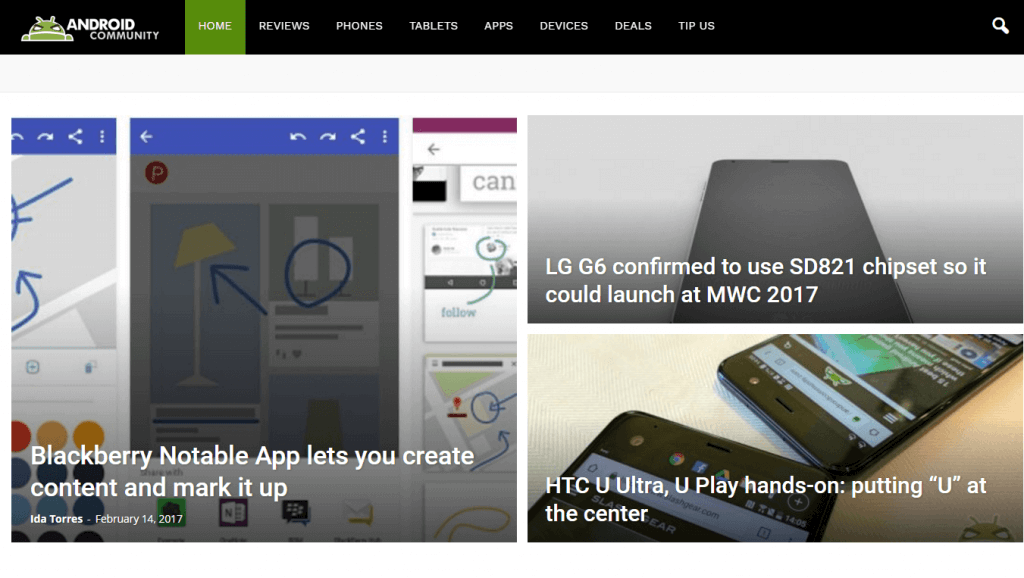 7. AppsZoom. The zoom part from the domain name comes as a mention that they “zoom-in” an app and analyze it. Because they have several packages to help devs promote their apps. From analyzing apps and offer expert advice, to offering you a landing page for your app, a featured review and advertising, it’s definitely a place where you can spend money on promotion. Although, in all fairness, you can create a page for your app on their site for free. It has an Alexa rating54000+ so definitely something you shouldn’t pass.

8. MakeUseOf. MakeUseOf if a site that covers everything tech-related. But it’s very popular, with a ranking of 800+ on Alexa I’d say it’s the Holy Grail if you get published. I only placed it so low because it’s not Android-centric, but it does have a whole section for Android and it’s good to try it.

9. TalkAndroid. An Android-only site that discusses anything Android related, with a focus on hardware. Has an 84,000+ Alexa rating, so it should be in your top 10 list of app sites to contact. If you have an app that appeals to hardware, even better. I wouldn’t submit games though, they seem to go towards the business-y side of things. 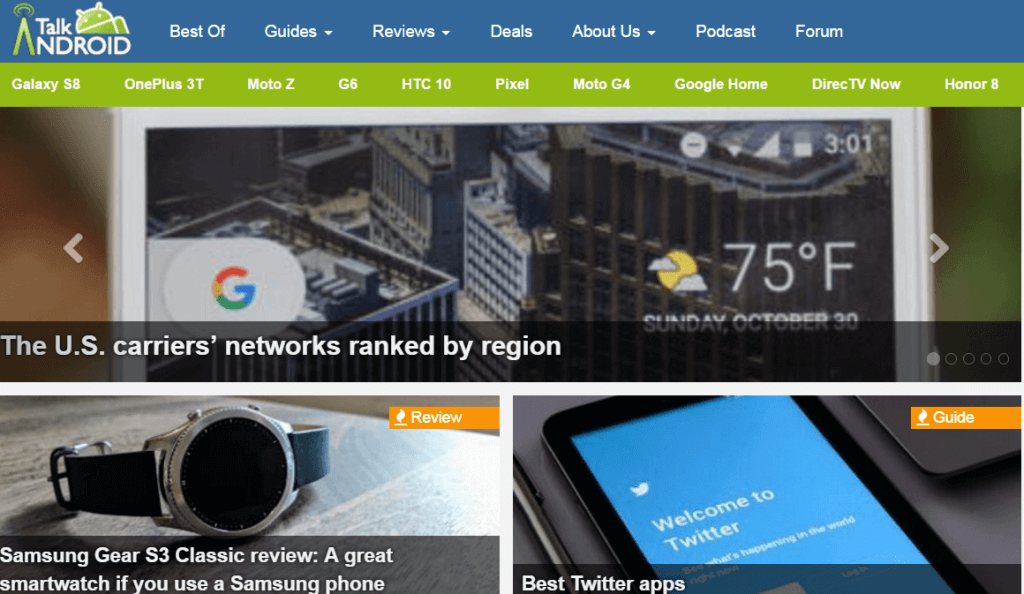 10. AndroidApps. They also have a mirrored site at appolicious.com that features iOS apps only, and this was at some point under the Yahoo umbrella. While now they’re not in the same popularity range as after 2010 when they had a partnership to display content in Yahoo (only180,000+ on Alexa), it’s still a good place to get featured with your Android app.

They do have 1.1 million Facebook fans and a killer keyword-matching domain so definitely submit an app review request there too. 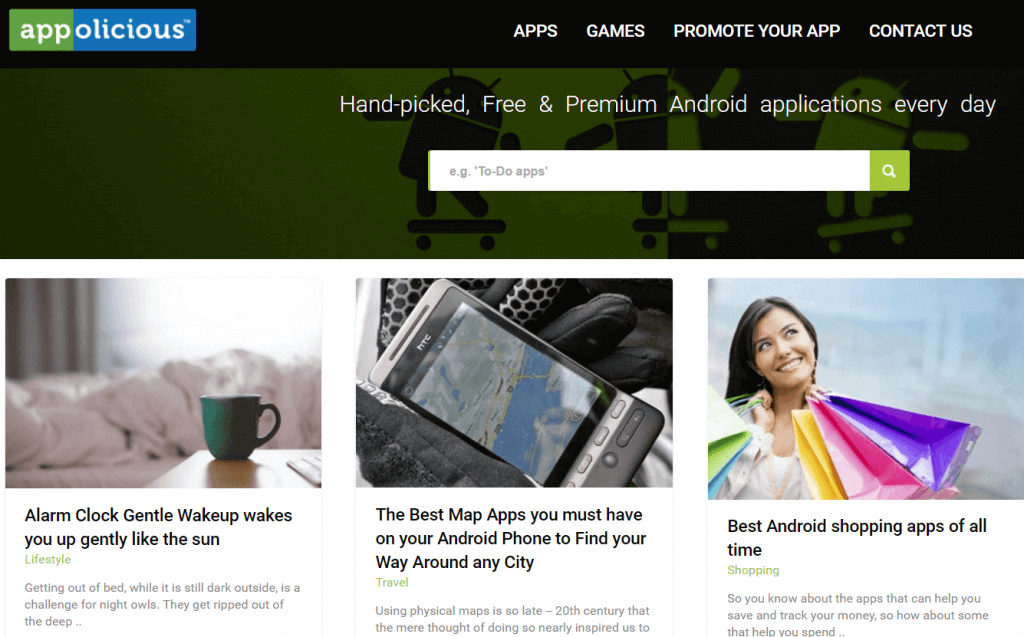 In the end it all sums up to how good your app is, trust me. But with some ASO, a bit of persistence and a good app, your days working only part-time on your apps will be left behind and I know quite some successful devs. Not Flappy Bird successful, but enough to have a more-than decent revenue from their own apps. So Good Luck! And don’t forget to submit your app to AndroidB as well, not one of the big players but I always like to discover good app.

And lastly, if you want to go beyond those 10 Android app review sites, here’s a list I manage with over 175+ Android sites: