Kill zombies to stay alive in Zalive for Android

‘Ophiocordyceps unilateralis’ feels like the name of a dinosaur species. Yet it’s the name of a parasitic fungus that in short transforms ants into zombie ants. You heard it right, this is one of the first recognized cases of zombie-like behavior in animals. An unknowingly ant inhales the spores of this fungus and then the transformation happens. It already loses control over its brain and will fall down from the tree high above where it usually lives only to climb on a plant at a particular distance from the soil, bite on the leaf of that plant a particular mark and then it just stays there until the parasitic fungus inside it consumes slowly all its tissues. When the fungus is ready it will start growing out of the ant and release new spores. You can see the gruesome transformation in this amazing documentary from BBC:

Based on the bite mark recognized on leaf-fossils scientist figured out that this happens for the part 50 million years. Not that this is the only type of zombie-like behavior, as recently another parasite was found to infect bees and control them for about one week slowly eating them from the inside until the point where the bees die and the parasites exit their corpses through the head (read more here if you have the guts). I kid you not, don’t know if it’s more like alien behavior than zombie, but it scares me the thought that these parasites could evolve to the point where they’re transmissible to humans.

Zombies have been in our culture for a long time now, as in times of slavery (around year 1500 A.D.) there were stories about slaves being worked so hard that they died only to resurrect and continue working. The zombie current gathered popularity in the early 20th century and the actual word is derived from the Haitian ‘zonbi’ or ‘nzumbe’. Why Haiti? Well because that’s where people say the practice of turning people in zombies and controlling them still happens through magical Voodoo. It is even described in a book written by a Harvard ethnobotanist, ‘Passage of Darkness: The Ethnology of the Haitian Zombie’, how some powders (with powerful neurotoxins) in an appropriate proportion can turn a human into a zombie controlled by its master. Scary stuff, huh? Well here comes the part that will scare you the most, we already have a disease that is similar to the one induced in zombies, it’s called rabies. Here are some facts about rabies that should give you the chills:

Luckily there is a vaccine for rabies that, if given in time, will kill the virus. Unlucky for us, viruses adapt and the rabies that is today is different from the one 100 years from now. Signs are everywhere and the best you can do is prepare just in case a zombie outbreak happens. Recently released, the movie ‘World War Z’ is focused on a zombie outbreak as well, but unfortunately the movie is not realistic. Why? Because the virus spreads too fast, it takes like 15 seconds for a person to be infected and actually start running to infect others. This type of spread is not sustainable because this virus will rapidly infect everyone in a continent, but would not spread to other continents as no one would survive in a plane or on a boat for long enough to reach the new land. The plausible spread is that which takes days from infection until the total transformation, giving enough time for the virus to reach new lands.

The Center for Disease Control, a reputable organization in the United States, has a section dedicated to Zombie Preparedness and basically what you should do, so better print out the checklist below: 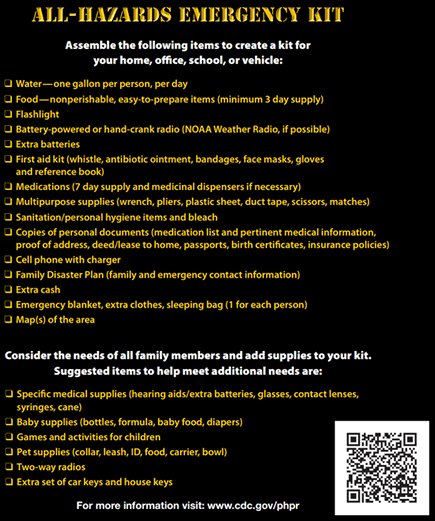 Most important of all is practice. You need to practice evading, killing and surviving in a world infested with zombies. What a better and more fun way to do that than play a game. Luckily there’s Zalive, a zombie game for Android devices that is as entertaining as it is educational.

Developed by Regrounds, a Japanese indie company, Zalive is a story of survival in a world infested with zombies. You control a character called Jeff Gravedigger (sic!) and you have to survive by hiding from the zombies – when that doesn’t work, you pull out your guns (a variety available) and let the fun begin, you can kill the walking corpses in a bloody bath. The video below shows briefly its gameplay:

From the design point of view, Zalive has that look that makes you think the characters were painted. They look artsy and it fits well with the blood splashes and visual effects. For instance I like how when you’re shooting the gun the camera shakes too, it gives a touch of realism. The game has various characters, from the normal zombies to their bosses that are tougher to kill and look different (i.e. monster like), 11 different types of guns and an environment that fits the mood of the game (a bit creepy). All accompanied by a soundtrack and sound effects that helps in certain situations to build the suspense.

The gameplay is pretty straightforward, you control Jeff and you can have him crawling (well, almost crawling) to avoid zombies and preserve melee or he can run around and fight them when needed. Whenever you want to kill a zombie just tap on it and depending on your gun you’ll kill it sooner or later. The game is pretty difficult though, as when you begin your life is a bit short and so is your stamina, when that is exhausted your character moves slower. That’s probably why I didn’t manage to advance too much in the game. Being structured in 4 different stages (days), each with 9 levels, there’s quite a lot of play hours.

Here are the main characteristics of Zalive:

Zalive is a game designed for zombie fans and that’s the userbase who’ll find the game entertaining. You have some control over the view by changing the camera direction but I found that the default view works ok too. There are a few typos here and there, some minor glitches (i.e. when camera turns and you see through walls) but nothing that bothers too much. If you like shooting and zombies give Zalive a try, especially since it’s free. Plus, if you like a good challenge you’ll appreciate the fact that it’s very difficult to finish the levels as either your stamina or health will run out.