No Texting While Driving, an app that prevents driving distractions

The US Center for Disease Control and Prevention published some interesting statistics about distracting driving, that should raise an alarm especially if you are a parent of a young driver. As high as 69% of US drivers (and ranges between 21% and 59% in Europe) use their cellphones to talk to others while driving, and about 30% of drivers also send text messages while driving. This is the main cause of the 3331 fatalities reported in 2011 (US alone) plus 387,000 injuries. Young drivers (under the age of 20) have had the highest ratio of distracted-driving fatal crashes, so they are exposed to a higher risk than other drivers.

That’s why it is mandatory to educate your children when they get their license how important it is to focus on the driving and avoid distractions such as their smartphones, as enticing as it would be to reply to a funny text received from a friend.Don’t rely on what the government is doing or is supposed to be doing to prevent accidents due to distractions, rely on what you can do for your child.

As powerful as education can be in protecting teen drivers, it gets closer to 100% protection when combined with a technology prohibition. I know that the first prohibition in history (don’t bite from the apple Adam) didn’t help much, but that’s because it wasn’t combined with education.
“No Texting While Driving” does the second part of this combo, as it is an app for Android that lets you, the parent, remove any phone-related distractions when your teen is driving. Not only that this gives parents the peace of mind they need when they know their teens are driving, but it also protects young drivers from fatal accidents (according to AutoInsuranceEZ texting-while-driving chauffeurs are 23 times more likely to get into an accident when compared to non-distracted drivers). 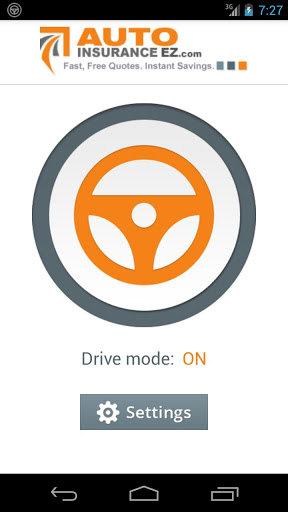 No texting while driving main interface

No Texting While Driving was developed by AutoInsuranceEZ and offers the following features: 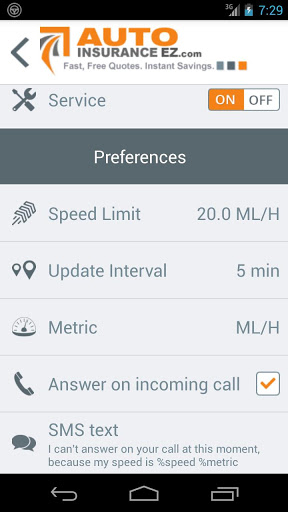 Main settings for the NTWD app

The NTWD app is very simple to use, after it’s installed you go into its settings and enable the drive safe mode to start it. You’ll see notifications regarding your current speed and if needed you can change the additional settings it provides (such as the metric measurement if you’re located in Europe). It is free to install and use and can be downloaded either from the developer’s website at http://www.autoinsuranceez.com/ or directly from Google Play: No Texting While Driving App

The team that created this app agreed to answer to some questions regarding how they came to the idea and what will happen next:

Q: How did you come with the idea to create your app, what inspired you (being in the auto industry I believe the high rate of accidents due to “texting while driving”)?

A: The popularity of mobile devices has had some dangerous consequences. We now know that mobile communications are linked to a significant increase in distracted driving, resulting in injury and loss of life. AutoInsuranceEz.com team is committed to doing its part to address this growing crisis.

A: It took us three months to design, create and publish “No Texting While Driving” App. It is hard to imagine that just a few weeks ago we were beta testing our app with just a few friends. Developing the app for Android has been exciting, but has also had its fair share of challenges.

A: This is our first app, and it only targets the Adroid market.

A: You can’t count on the App Store itself for publicizing your app. You need to promote the app elsewhere. We’ll submit our app for review and inclusion to as many sites as possible. We will promote it on our own website, blog, twitter feed, and YouTube channel. Next, we will send announcements to iPhone app sites and distribute a couple of press releases.

A: It was so much fun building this app for the Android users. We have a ton of great updates & new features on the way – stay tuned!

A: Design for low power consumption. Code your application to do as little as possible until the user brings it to the foreground or some external information arrives that requires action. Learn SQL and put your data models in a database in order to take maximum advantage of the Android way of designing data models.