As we’ve all got used to, Google celebrates various holidays and key dates with doodles. You’ve seen those occasionally right on google.com’s homepage, as their logo animates/jumps and even lets you play games. Google celebrated the 2018 Halloween using a multiplayer game for a doodle. And it’s quite an addictive one. The game is called Trick-or-Treat: The Great Ghoul Duel and it’s basically a variation of .io multiplayer games (i.e. slither.io, agar.io). 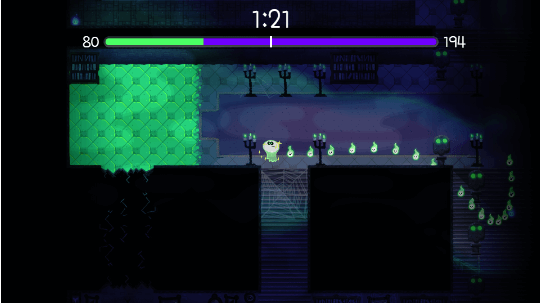 Players all over the world join in the game and are randomly assigned to a team of ghosts: the green or the purple team. Each team has its own ghostly base, and the goal is to collect as many ghostly spirits as possible and bring those back to the base before the moon is gone. The twist is that you can snatch the opponents’ collected spirits just by touching their tail, so this makes the game very challenging. The only downside is the small screen size of the game, wished there was an option to enlarge it. Here’s just a quick overview of how its’ gameplay looks:

When time runs out, the team with the most collected spirits wins the game. You can also see your contribution among your team, though there is no extra prize for gathering the most spirits. Here’s the key elements of Trick-or-Treat: The Great Ghoul Duel:

At first you’ll want to follow the tutorial, as the game seems overwhelming. But once you get used to the gameplay you’ll quite enjoy it. If you are playing with a randomized team it’s quite difficult to win as not all players will actually play. Plus, not everyone knows the game and Google doesn’t associate players based on their win count (would be a great idea though).

However, I tend to win more when I play the ghostly thief rather than actually collecting spirit flames. My suggestion is to try and stay close to the middle of the distance between the 2 bases. Then, whenever the other team tries to go to base with their spirits, you snatch those and fly to your base. Obviously they could do the same, but most players will actually try and collect the spirits. Here’s my greatest achievement so far (won and also first on number of collected spirits): 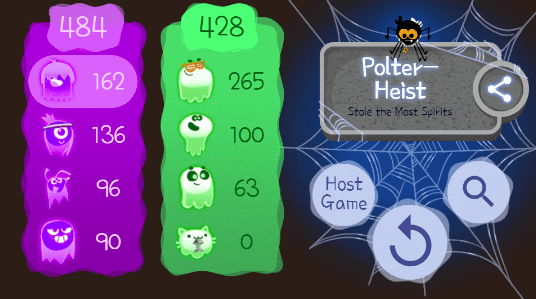 Even if Halloween 2018 has just passed, you can still play Trick-or-Treat: The Great Ghoul Duel here: https://www.google.com/doodles/halloween-2018

There’s no official port of this game on Google Play to install on your smartphone, but the game is easily playable from your Android phone as well. I do believe that it would be an excellent way to promote Google Cloud if they released a special version of The Great Ghoul Duel for Android.

I’m mentioning this as they prominently say that the team built several systems to enable the multiplayer gaming part and all run from the Google Cloud Platform. It showcases basically the power of Open Match, a highly-scalable matchmaking framework co-founded by Google Cloud and Unity that’s open source.

And if you’re in the mood for more Halloween-themed games, I recommend the Harry Potter for Android versions as they are quite good. Obviously it’s more suitable for kids, but aren’t we all just kids trapped inside adults? Here’s just a glimpse from Harry Potter: Hogwarts Mystery:

Know more Halloween-ish games for Android? Share a link in the comments below.